In the metropolitan area of Buenos Aires, upended cobble stones, missing tiles, and uneven stretches of sidewalk pockmark the city’s walkways. This poses a mild hazard to unaware American tourists like me, because unlike in the United States, traversing just a few blocks can turn into a perilous feat. Stillettos are completely out of the question, and god forbid you should pull out your phone to snap a photo– because you are much more likely to take a faceplant than a decent selfie.

However, much like Darwin’s finches, the women of Buenos Aires seem to have evolved in consideration of this persistent environmental stressor. In a declaration of both practicality and fashion, these long-limbed and svelte South American women confidently glide down their city’s hazardous sidewalks atop curious pairs of chunky platform shoes. Their footwear can range in form from sandal to tennis shoe to boot to high heel, but one thing remains common amongst them: everything is tall, clunky, and chic. Other members of the Learning Cluster and I quickly grew enamored with these strange shoes. Anna and I did our fair share of oohing and aahing over the colorful arrays of platforms that glowed in window-front displays. “I don’t even look at the people anymore,” Sofia told me one night. “I just look at their shoes.” And for a few days, fantasizing about owning my own pair of platforms consumed me.

But, after venturing into the field, where dusty streets and difficult labor called for sandals and tennis shoes, my burning desire faded, little by little. I discovered the stark disparity between the suburb of Campana and metropolitan Buenos Aires, and began to realize what a privileged thing I had been worrying about to covet those shoes. For three days, we worked on Monica, Jessica and Daniela’s homes, and in those three days, the dream grew more and more distant.

On my last day in Campana, the ambassador’s procession kicked up rolling dust clouds as they sauntered down Campana’s quiet streets. Swarms of well-dressed reporters and photographers descended as the diplomat toured each dwelling. Next to Jessica’s humble flip flops, the press women strutted in their impeccable platform shoes, around cylinders of fiberglass insulation, piles of sawdust, and heaps of other construction materials. I could scarcely believe the unwitting insensitivity of it all, as I watched them navigate through delicate spaces in their heavy footwear. Suddenly, those shoes gained symbolic significance of privilege: privilege to have grown up in the city, privilege to have six to seven hundred pesos to drop on a new pair of shoes, privilege to even have to worry about tripping on Buenos Aires’s perilous sidewalks. How could these women innocently traipse through this low-income neighborhood, flaunting their wealth through their footwear? I found the whole display baffling.
​
I suppose the experience reminded me how subtle and nuanced privilege can be. Sometimes, it’s difficult to recognize privilege until it is taken out of context and replaced in an environment where that privilege does not exist. Now, I’m stepping through my world with more caution. What, exactly, are my platform shoes? 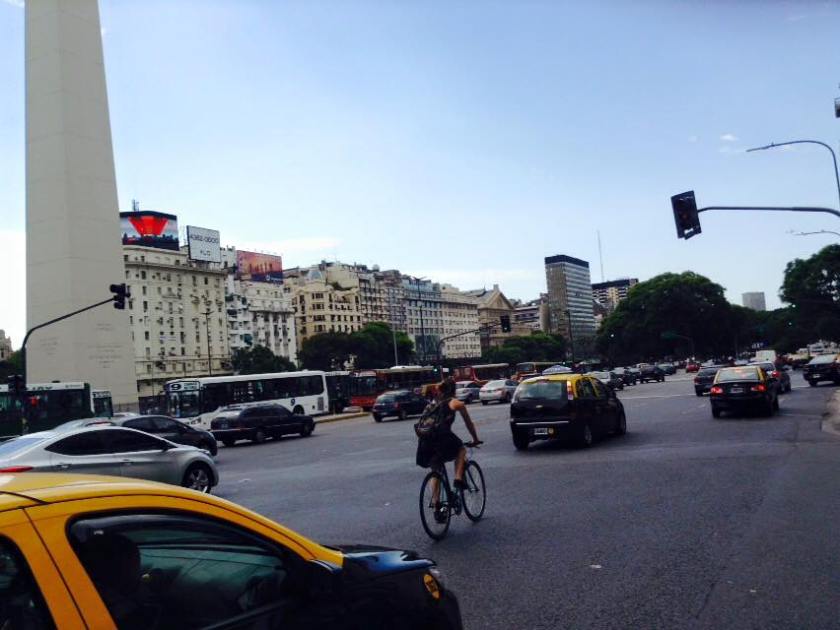 One thought on “Platform Shoes”