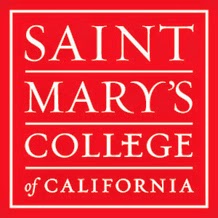 Teachers, Teaching and the Media Conference
October 16th to 18th

By: Tomás Crowder-Taraborrelli and Kristi Wilson

In an age where states like California have seen their once cutting-edge public university systems falter under the weight of financial crisis and fiscal mismanagement, smaller private institutions have seen admission application numbers rise. Individuals who opt to attend small private institutions, often feel isolated and removed from the type of civic dynamism and engagement that larger public institutions offer. This essay explores the merging of state-sponsored media (Independent Television Service’s Community Cinema Program Festival, funded by the Public Broadcasting Service [PBS]) and the private educational institution with the goal of fostering community engagement and debate around public issues, political activism, and the preservation of a communal public viewing space in a world where such spaces are rapidly diminishing.

For the last five years, Soka University of America, a small, private liberal arts university with a large concentration of international students, has hosted Independent Television Service’s Community Cinema Program Festival on their campus. Community Cinema is a yearlong documentary film festival organized by ITVS that features films about social and cultural conflicts around the globe emphasizing issues related to civil rights, grassroots movements, indigenous rights struggles, gender issues, and poverty. During the academic year, an ITVS associate producer (usually a faculty member) is responsible for screening between 6 and 8 documentary films, promoting the screenings, and organizing a panel of experts for post-screening discussions .

The authors will analyze the Community Cinema Festival as an ongoing pilot program of community building in the isolated “exopolis” of Aliso Viejo, California, through spectatorship and multi-faceted pedagogical film events. As part of this program, students, rather than watching clips or sequences of documentary films in the classroom, are invited to form part of a community of viewers (which includes the entire campus, local community members and invited guest speakers), and participate in post-screening discussions. After the screenings, students are asked to engage with some of the pedagogical materials created by ITVS, and to form written and visual arguments of their own using the films as evidence. The authors will elaborate on the results of using documentary evidence as a primary jumping off point for argumentative exploration in the classroom, and visual representation as an entryway into understanding contemporary civic discourse and politics.

This essay explores the possibility of using cinema as a tool for teaching the history and culture of immigrants and immigration in the U.S. as well as larger questions around issues of race, ethnicity, gender, and class identities. I propose an experimental interdisciplinary pedagogical approach which combines ethnography with film studies, while attempting to be mindful of the disciplinary boundaries of both approaches. Using my own experiences teaching film studies at an urban community college (Berkeley City College) I map out how students can better understand the nuances of mediated images through tapping first-hand resources. This essay details my use of a Cinema Migration Project, a semester-long assignment which asks students to explore histories of migration which are personal and knowable through conventional ethnographic interviews and to reflect on assumptions held about those experiences by attempting to understand them better vis-à-vis cinematic representations of similar narratives. This is not film-as-anthropology but rather an attempt to teach students the degree to which our own memories and life narratives are formed within and against mediated (cinematic) narratives. Students are led to gather a short ethnographic study of an individual’s history of migration (their own or someone else’s) and to consider the role cinema and other mediated images have in shaping the recollection of that history. This essay reflects on the challenges and surprises of such an approach and uses the example to consider new ways teachers might adapt the study of cinema across disciplinary boundaries.

Laura E. Ruberto co-chairs the Department of Arts and Cultural Studies at Berkeley City College where she teaches film studies and general humanities courses. She received her Ph.D. from UC San Diego and her M.A. from San Francisco State University. She authored Gramsci, Migration, and the Representation of Women’s Work in Italy and the U.S., co-edited Italian Neorealism and Global Cinema, and translated Such Is Life, Ma la vita e’ fatta cosi: A Memoir. Her research has been supported by a Fulbright Faculty Research grant and an NEH summer grant. She co-edits the book series Critical Studies in Italian America (Fordham University Press) and is the Film and Digital Media Review Editor for the Italian American Review.

Online education has experienced tremendous growth over the last decade, spurred by a combination of technological innovations, economic drivers, and changing demographics. Today, more than one third of the nation’s college students take courses online. According to the latest survey by the College Board and Babson Survey Research Group, Changing Course: Ten Years of Tracking Online Education in the United States (2013), over 6.7 million students at four-year institutions in the United States were taking at least one online course during the fall of 2011, an increase of more than half a million, or 9.3 percent, over 2010 (Babson, 2013).

In this context we have experienced the rise of MOOCs (Massive Open Online Courses). But what are MOOCs? Can we consider MOOCs a phenomenon associated with online education or just a continuation of the space associated with social media? Are they products of our neoliberal society? We will have a discussion about MOOCs and question of what the “C” means. Are MOOCs courses or online events? We will discuss how to teach in the open internet without learning outcomes. Finally, we will question the word “course” or at least demand a clarification of what constitutes a course. We will discuss an example of a MOOC I offered in spring 2013 at Berkeley City College.

Fabian Banga is the Chair of the Modern Languages Department and Distance Education Coordinator at Berkeley City College in Berkeley, CA. He holds a Ph.D. (2004) and M.A. in Hispanic Languages & Literature (2000) from the University of California, Berkeley. He has been a member of the Executive Committee of the Foreign Language Association of Northern California since the year 2000.