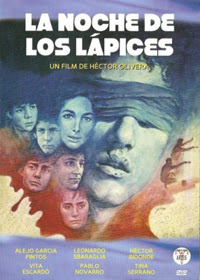 In this chapter of the book La Noche de los Lapices: el Deber de Memoria y las Escuelas, Federico Lorenz analyses the role teachers and schools play in the process of remembering the 1976–1983 military dictatorship in Argentina, and more specifically, the disappearance of 90 high school students, an event known as “La Noche de los Lapices” (Night of the Pencils). Lorenz explains how as part of the transition to democracy, “memory” (remembering the genocide) became president Alfonsin’s stance on the conflict. He made it mandatory that all high schools teach their students what occurred to those 90 students. By late 1980s, this effort to educate the population about its own history created the conditions for people to denounce the abuses of the dictatorship and seek justice.
During this time, Pablo Diaz, a survivor of “La Noche,” gave his testimony in a trial; this was the first time for many people to hear about the details of the atrocities committed by the state. Pablo Diaz became an advocate for the memory of the 90 students and an activist for the reestablishment of student associations. Diaz published a book on his experiences and participated in the production of a movie based on his book. These materials, Lorenz argues, were all based on a particular discourse: that the students were innocent victims to a system of violence. This discourse, though, ignored the militancy of most of the students, who were part in the student movement and, who, in most cases, joined the “subversive” movement.
As years passed, the purpose of these materials changed from denouncing the atrocities of the state to transmitting this history to the new generation. Lorenz points out that showing these materials to many youth who were ignorant about the historical background of the genocide, caused negative reactions amongst many of them. Here, Lorenz points out the responsibility of docents to seek out the necessary material to provide students with the historical background to the genocide.
Lorenz ends his piece by arguing that teachers must analyze the discourse implicit in these materials to determine the “story” they wish to transmit to their students. This discourse becomes crucial when it shapes the way many students understand “La Noche.” Lorenz suggests that teachers should complement the common students-as-victims discourse and should also represent the as they were: activists.